JdeRobot is a software toolkit for developing robotics and computer vision applications. These domains include sensors (for instance, cameras), actuators, and intelligent software in between. It is mostly written in C++, Python and JavaScript languages and provides a distributed component-based programming environment where the application program is made up of a collection of several concurrent asynchronous components. They may run in different computers and are connected using ICE communication middleware or ROS messages. Components interoperate through explicit interfaces. Each one may have its own independent Graphical User Interface or none at all. It is ROS-friendly and full compatible with ROS-Kinetic.

This year was celebrated at Munich (Germany). Diego and Pushkal presented the GSoC-2019 experience in our organization. Here you have the slides.

In the year 2019, the students selected for the Google Summer of Code have been the following: 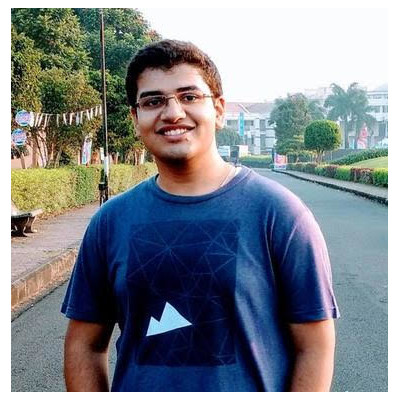 Migration to ROS and Jupyter of exercises on drones. 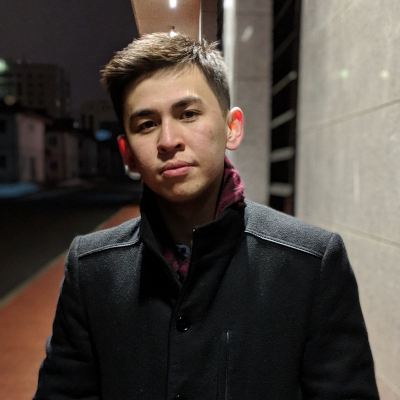 Migration to ROS and Jupyter of exercises on mobile robots. 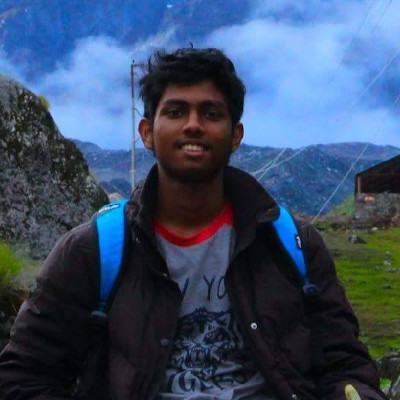 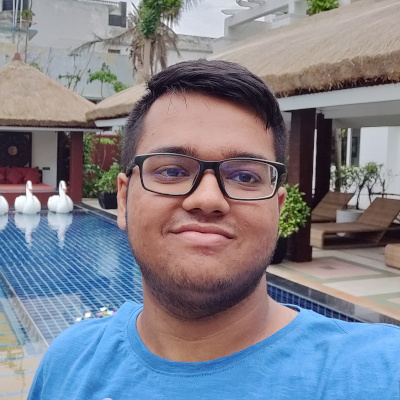 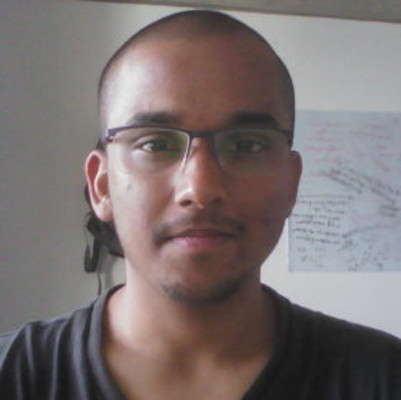 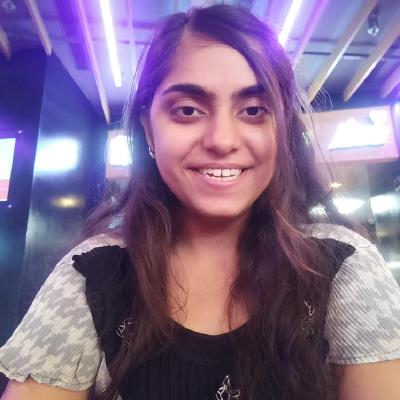 Migration of JdeRobot tools to ROS 2.

Project #1: Robotics Academy: Migration to ROS and Jupyter of exercises on drones

Brief Explanation: JdeRobot’s Robotics-Academy is a framework for learning robotics and computer vision. It consists of a collection of robot programming exercises using Python language where the student has to code the behavior of a given (either simulated or real) robot to fit some task related to robotics or computer vision.

This framework is mainly ROS-based and openCV-based, but there several exercises on drones from previous releases of Robotics Academy which still run with non-ROS infrastructure. The main idea of this project is to revisit seven available exercises on drone programming and replace the existing infrastructure (ad-hoc drivers, plugin and ICE communication) with full ROS infrastructure using PX4 navigation stack in Gazebo and mavROS. In this project you will learn mavROS basics, drone programming and interfacing robots with ROS. With this MavROS design (MavLink and ROS) the drone applications can be easily migrated from simulator to real drones.

Project #2: Robotics Academy: Migration to ROS and Jupyter of exercises on mobile robots

Brief Explanation: JdeRobot’s Robotics-Academy is a framework for learning robotics and computer vision. It consists of a collection of robot programming exercises using Python language where the student has to code the behavior of a given (either simulated or real) robot to fit some task related to robotics or computer vision.

This framework is mainly ROS-based and openCV-based, but there several exercises on autonomous vehicles and on mobile robots from previous releases of Robotics Academy which still run with non-ROS infrastructure. The intention of this project is to port those exercises to ROS, so the robots use ROS plugins and allow the student to forget about the hardware and drivers details and concentrate on behavior programming. With this, you will learn ROS basics, interfacing robots with ROS and building ROS-based back-end for robot applications.

Brief Explanation: JdeRobot’s Robotics-Academy is a framework for learning robotics and computer vision. It consists of a collection of robot programming exercises using Python language where the student has to code the behavior of a given (either simulated or real) robot to fit some task related to robotics or computer vision. It is ROS and Gazebo based.

The idea for this project is to introduce the robotic arms into Robotics-Academy developing exercises with robotic arms and the library moveit!. For a first approach we’ll developing the classic pick and place exercise with python and gazebo. Once we reached the first approach, we’ll continue increasing the complexity of algorithms and environments. There are similar works in ARIAC competition, udacity, here and on this video. Preliminar developments can also be found in the Final Degree thesis of Ignacio Malo.

Brief Explanation: DetectionSuite is an on-development tool to test and train different DeepLearning architectures for object detection on images. It accepts several known international datasets like Pascal VOC, COCO, Imagenet, etc and allows the comparison of several Deep Learning architectures over exactly the same test data. It computes several objective statistics and measures their performance. Currently it supports TensorFlow, Keras, Caffe and Darknet frameworks. The goal of this project is to add a tool to label images using Object Detection Networks and a user friendly interface. This year’s scope would also include adding support for new architectures and maybe adding a new framework all together and testing the same if time permits. This project also aims to develop a Web node to access the support tools, apart from just Qt based GUI. We also welcome ideas regarding new functionalities from students regarding this project.

Brief Explanation: VisualStates is a tool for programming robot behaviors using automata. It combines a graphical language to specify the states and the transitions with a text language (Python or C++). It generates a ROS node which implements the automata and shows a GUI at the runtime with the active state, for debugging. There is always a root state, if a user creates a single level automata behavior, the states defining the behavior are added as children to the root state. Every automata is also a state. Therefore, every automata can be added as a child to any other state. That way, the user is able to compose reactive behavior hierarchies.

The tool provides import functionality, when the user imports an already created automata, the whole one is copied into the current automata. Each hierarchy of behavior contains local namespace for its specific auxiliary code and the overall behavior can access the global namespace which contains the ROS related data and globally accessible auxiliary data.

In the scope of the project, following improvements are targeted:

Brief Explanation: Simultaneous Localization and Mapping (SLAM) algorithms play a fundamental role for emerging technologies, such as autonomous cars or augmented reality, providing an accurate localization inside unknown environments. There are many approaches available with different characteristics in terms of accuracy, efficiency and robustness (ORB-SLAM, DSO, SVO, etc), but their results depend on the environment and resources available.

SLAM-testbed is a graphic tool to compare objectively different Visual SLAM approaches, evaluating them using several public benchmarks and statistical treatment, in order to compare them in terms of accuracy and efficiency. The main goal of this project is to refine current release, increase the compatibility of this tool with new benchmarks and SLAM algorithms, so that it becomes an standard tool to evaluate future approaches.

Brief Explanation: PyOnArduino is a tool that can translate Python-like code to Arduino code. The purpose of the tool is to program an educational robot that uses an Arduino microprocessor using Python. Using this tool the kids program typical robot behaviors like follow-line using Python. The experiments are mostly centered in the mbot robot, from makeblock, which is an Arduino based robot. Arduino is limited on computer power so it is not enough to run a Python interpreter. The goal of this project is to “compile” the Python application to Arduino microprocessor. This way the kid program can be fully downloaded on the Mbot robot and run completely autonomous. Another possibility is to translate Python application to C/C++, as gcc/g++ already compiles it to Arduino microprocessor. Some ideas to explore are: LLVM compiler infrastructure, cython.

On GSoC-2018 a successful project implemented the initial release of this tool. The goals of this year project are: (a) Add more Python coverage to the translator: for loops, lists, tuples and dictionaries; (b) Check the current functionality for edge cases that could lead to errors in the translation; (c) Add tests to prove that everything Works as expected.

We have developed infrastructure to run Python on real Arduino based robots. Our plan is to be able to run the same programs in the standalone WebSim simulator. This requires transpiling the Python programs to Javascript (or compiling to WebAssembly). There are already transpilers and compilers from Python to Javascript or WebAssembly, so the first step would be to evaluate their maturity (Skulpt, Brython, Transcrypt, RapydScript). They could be integrated and used inside the browser directly. Then a shim for the robotics API should be developed, probably, the same one used for C++ in Arduino, testing the integration with the JavaScript libraries.

Brief Explanation: ROS 2 is a complete rewrite of the original ROS robotic middleware, and addresses some major bottlenecks in ROS 1 leading to a major architecture change. Since ROS is a publish-subscribe middleware system at it’s core, it is now built on DDS (Data Distrubution Service), which is an end to end middleware to make ROS 2 more robust. The objective of this project is to port some useful drivers from ROS 1 to ROS 2 and to improve existing tools in JdeRobot (like teleopeators and visualization tools, VisualStates…) so they can work with ROS-2 drivers. Feel free to see the current implementation of some drivers at ROS-2 JdeRobot’s Github Repository

Below are some useful links to get started: 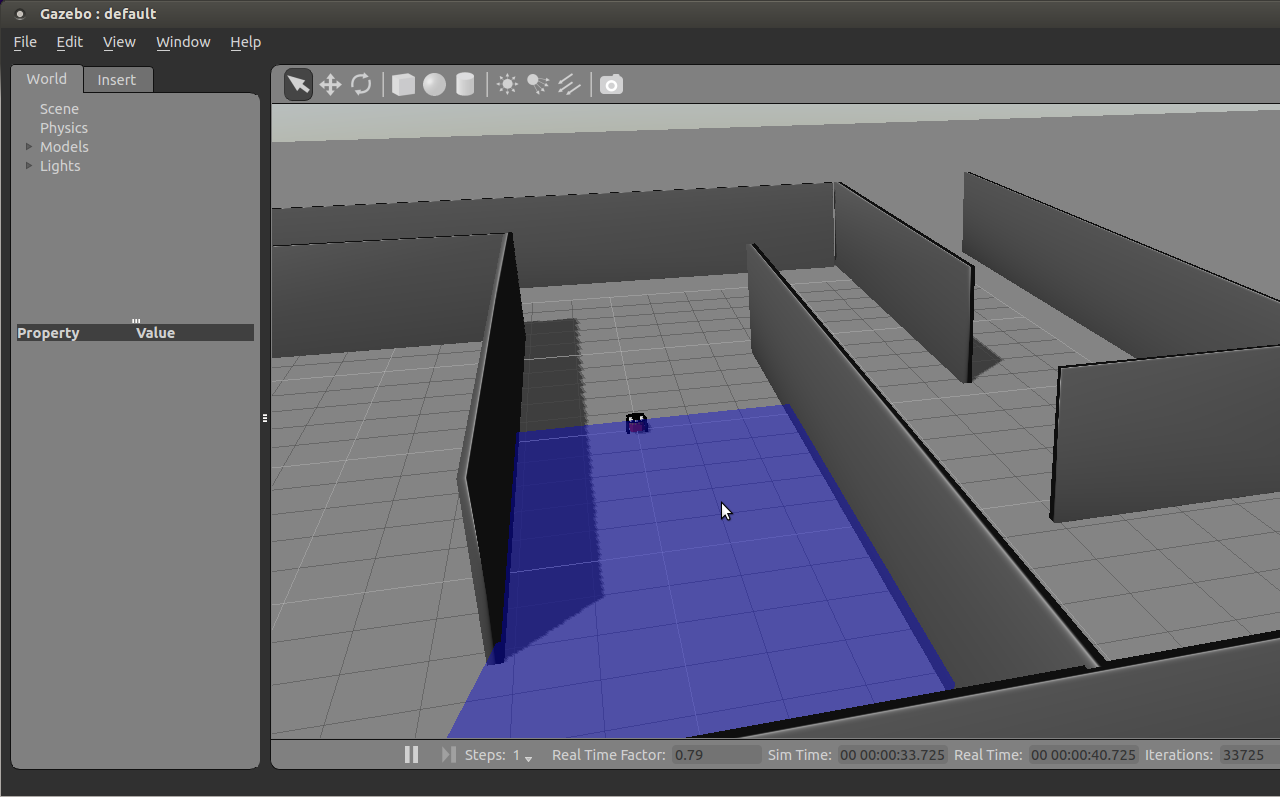 We welcome students to contact relevant mentors before submitting their application into GSoC official website. If in doubt for which project(s) to contact, send a message to jderobot AT gmail.com We recommend browsing previous GSoC student pages to look for ready-to-use projects, and to get an idea of the expected amount of work for a valid GSoC proposal.

How to increase your chances of being selected in GSoC-2019