The objective of this practice is to implement the logic of a navigation algorithm for an autonomous vacuum cleaner by making use of the location of the robot. The robot is equipped with a map and knows it’s current location in it. The main objective will be to cover the largest area of ​​a house using the programmed algorithm. 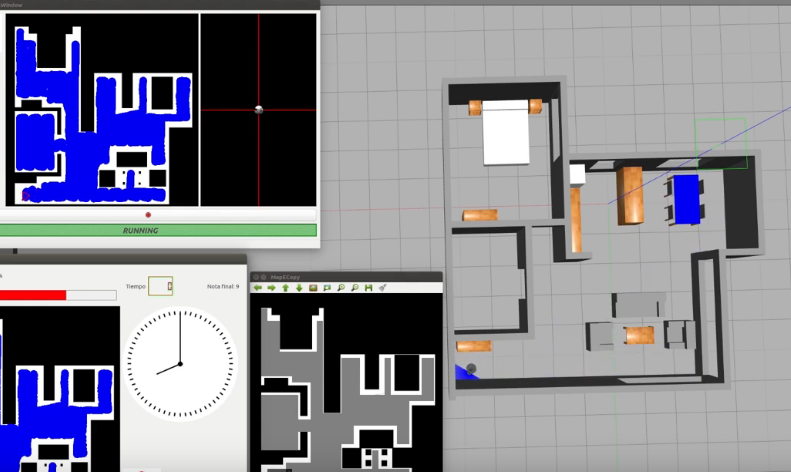 To simplify the closure of the environment, simply close the VacuumCleaner window (s). Ctrl + C will give problems.

To carry out the practice, you must edit the MyAlgorithms.py file and insert all the functionality in it.

For this example, it is necessary to ensure that the vacuum cleaner covers the highest possible percentage of the house. The application of the automatic evaluator (referee) will measure the percentage traveled, and based on this percentage, will perform the qualification of the solution algorithm.

As the problem may have multiple solutions, only the theory behind the reference solution has been covered.

Conversion From 3D to 2D

Robot Localization is the process of determining, where robot is located with respect to it’s environment. Localization is a an important resource to us in solving this exercise. Localization can be accomplished in any way possible, be it Monte Carlo, Particle Filter, or even Offline Algorithms. Since, we have a map available to us, offline localization is the best way to move forward. Offline Localization will involve converting from a 3D environment scan to a 2D map. There are again numerous ways to do it, but the technique used in exercise is using transformation matrices.

In simple terms, transformation is an invertible function that maps a set X to itself. Geometrically, it moves a point to some other location in some space. Algebraically, all the transformations can be mapped using matrix representation. In order to apply transformation on a point, we multiply the point with the specific transformation matrix to get the new location. Some important transformations are:

Rotation spins the object around a fixed point, known as center of rotation.

Scaling enlarges or diminishes objects, by a certain given scale factor.

Shear rotates one axis so that the axes are no longer perpendicular.

In order to apply multiple transformations all at the same time, we use the concept of Transformation Matrix which enables us to multiply a single matrix for all the operations at once! 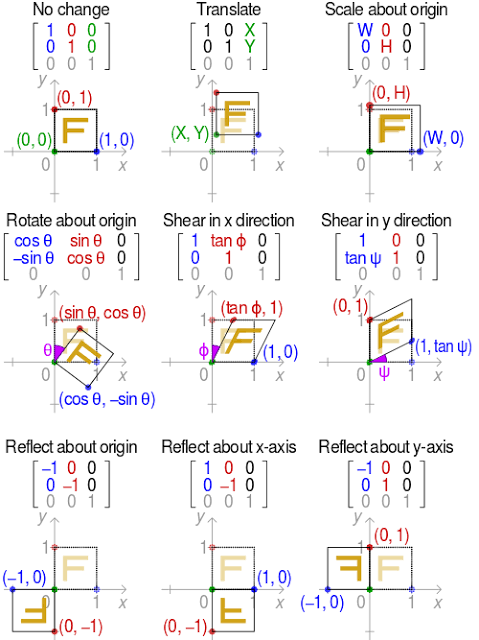 In our case we need to map a 3D Point in gazebo, to a 2D matrix map of our house. The equation used in the exercise was:

In order to carry out the inverse operation of 3D to 2D, we can simply multiply, the pixel vector with the inverse of the transformation matrix to get the gazebo vector. The inverse of the matrix exists because the mapping is invertible and we do not care about the z coordinate of the environment, implying that each point in gazebo corresponds to a single point in the map.

After the robot is localized in it’s environment, we can employ decomposition techniques in our algorithm, to deal with the actual coverage of the surroundings. There are lot of decomposition techniques available for our use. The Decomposition Algorithm, decomposes the map into seperate segments, which our robot can cover one by one. Decomposition can be directly related to Graph Theory, where the segments are taken as nodes and the edges connecting nodes depict that the adjacent segments share a common boundary. The robot can path plan to the nearest node and then start the sweeping again! Most of the details regarding decomposition would be implementation

Once, a certain segment has been swept. In order to reach the next segment(preferably nearest one) there are again a multitude of path planning algorithms. The algorithm used in the reference solution is the Visibility Algorithm. As the name suggests, visibility of the target is the basic building block. So, let’s define visibility first off all!

If a straight line exists between two points, and the line does not pass over obstacles, the two points are said to be visible to each other. Mathematically speaking, the two points under consideration must satisfy a common equation. 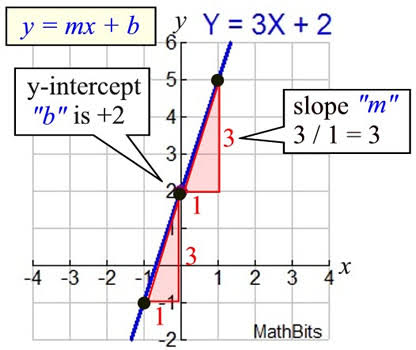 Equation of a Line 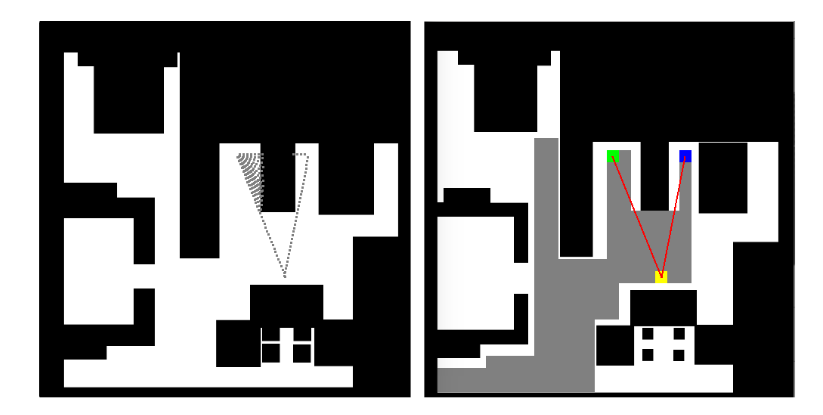 But, sometimes due to close proximity to corner, the robot may collide with it. To avoid the occurence of any such event, we may also consider dilation techniques, since the map used is a binary image. Erosion is a Morphology Function that erodes away the boundaries of foreground object(white is the object in foreground). Refer to this link for more information on erosion. 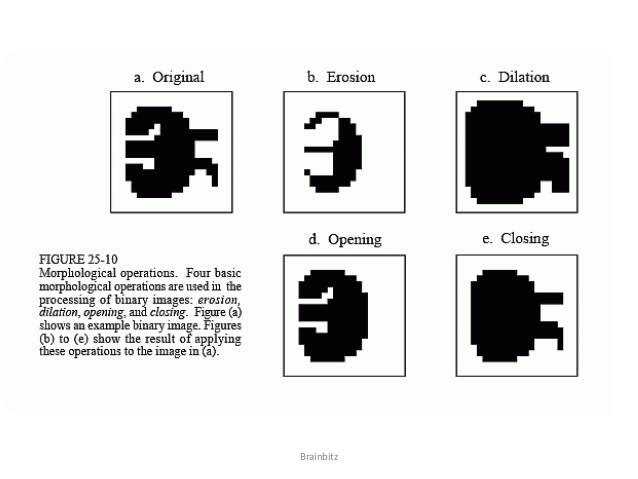 Simple hints provided to help you solve the vacuum_cleaner_loc exercise. Please note that the full solution has not been provided. Also, the hints are more related to the reference solution, since multiple solutions are possible for this exercise.

Due to the involvement of Localization in this exercise, we are given a map of the surroundings of the robot, which it needs to cover. The map is present in the directory path resources/images/. But since, we are using path planning and decomposition algorithms. These are very easy to implement on a grid like structure. Although any data structure, representing adjacency graph would suffice. See the illustrations for what happens without using any data structure(a brute force approach). To implement grids on images, we need to apply basic image processing, which can be accomplished easily using the opencv library.

The first step would be to apply erosion function on the map image. This is done in order to ensure some degree of distance between our robot and obstacle during runtime.

The second task is to come up with a transformation matrix, that would convert our 3d gazebo positions into 2d map representations. A degree of rotation has to applied on the Y axis and add a translation of 0.6 on the X axis and -1 on the Y axis can be used to get the origin of coordinates (0, 0) of the image in the upper left hand corner.

Once we get specific positions on our map. Using the dimensions of our vacuum cleaner, we can generate grid cells around those points. The size of vacuum cleaner can be taken as 16x16 pixel units. Take it as an exercise to calculate it on your own!

Taking the map as a grayscale image, we can apply color coding to the map as well. It is convenient to seperate Obstacles, Virtual Obstacles, Return Points and Critical Points

In the context of this exercise,

As a final note, quite a lot of tips and tricks regarding implementation have been discussed in this page. This is a tough exercise, which may take quite a lot of time to solve. The main objective of the exercise is to cover a significant area of the house, without taking time into consideration.

The major credit for this coverage algorithm goes to Jose María Cañas and his student Irene Lope.

One of the best video series on Linear Algebra