The objective of this practice is to implement the logic of the VFF navigation algorithm.

This makes it possible for the robot to go towards the target, distancing itself of the obstacles, so that their address is the vector sum of all the forces.

The solution can integrate one or more of the following levels of difficulty, as well as any other one that occurs to you:

How to run your solution?

Navigate to the obstacle_avoidance directory

Launch Gazebo with the f1_simple_circuitobstacles world through the command

Then you have to execute the academic application, which will incorporate your code:

To carry out the practice, you must edit the file MyAlgorithm.py and insert the control logic.

To simplify, the implementation of control points is offered. To use it, only two actions must be carried out:

The graphical interface (GUI) allows to visualize each of the vectors of calculated forces. For this purpose, the following variables should be given value:

As well as the destination that we have assigned:

This exercise requires us to implement a local navigation algorithm called Virtual Force Field Algorithm. Following is the complete theory regarding this algorithm.

Robot Navigation involves all the related tasks and algorithms required to take a robot from point A to point B autonomously without making any collisions. It is a very well studied topic in Mobile Robotics, comprising volumes of books! The problem of Navigation is broken down into the following subproblems: 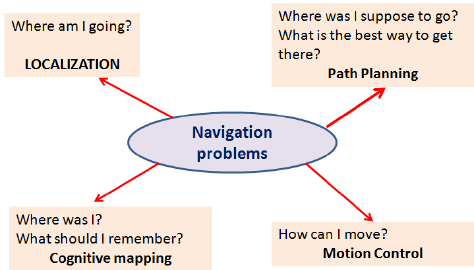 Some of the ways to achieve the task of Navigation are as follows:

Global Navigation involves the use of a map of the enviorment to plan a path from a point A to point B. The optimality of the path is decided based on the length of the path, the time taken to reach the target, using permanent roads etc. Global Positioning System(GPS) is one such example of Global Navigation. The algorithms used behind such systems may include Dijkstra, Best First or A* etc.

Once the global path is decided, it is broken down into suitable waypoints. The robot navigates through these waypoints in order to reach it’s destination. Local Navigation involves a dynamically changing path plan taking into consideration the changing surroundings and the vehicle constraints. Some examples of such algorithms would be Virtual Force Field, Follow Wall, Pledge Algorithm etc.

The Virtual Force Field Algorithm works in the following steps: 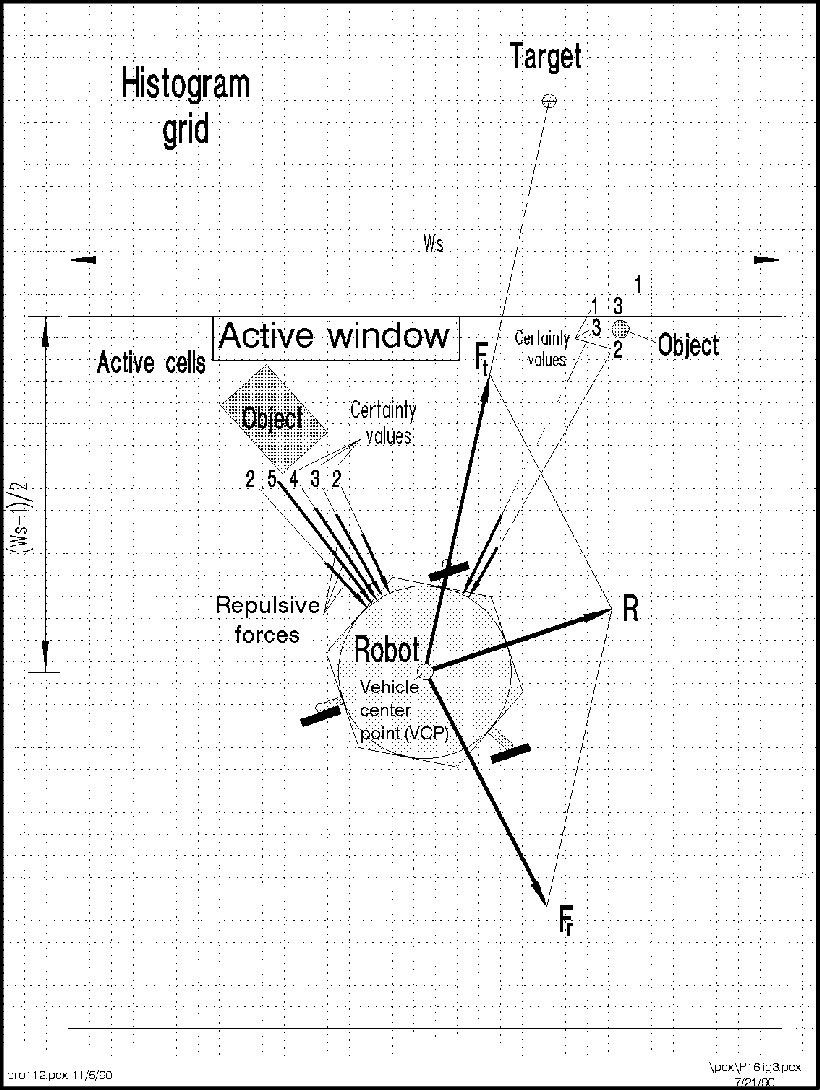 There are a few problems related to this algorithm: 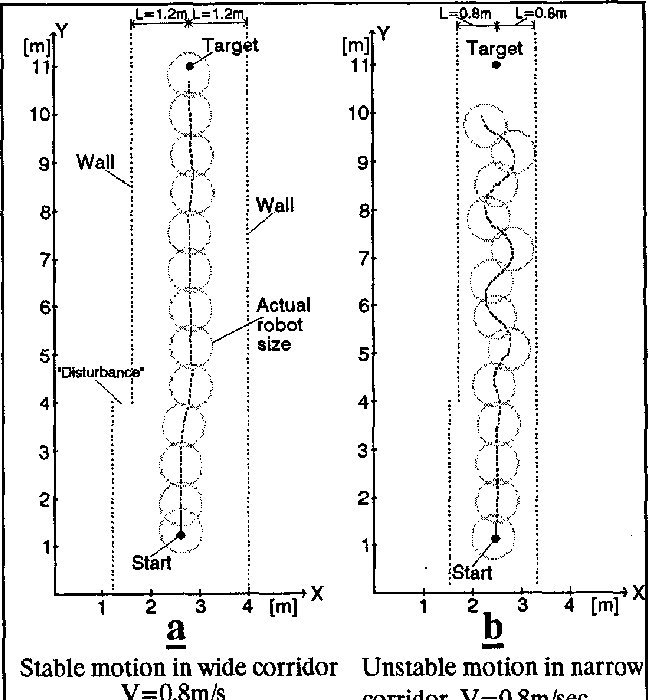 This algorithm improves over the Virtual Force Field Algorithm, by using a data structure called the Polar Histogram. The robot maintains a histogram grid of the instantaneous sensor values received. Then, based on the threshold value set by the programmer, the program detects minimas(vallies) in the polar histogram. The angle corresponding to these values are then followed by the robot.

Note: The exercise only requires us to implement Virtual Force Field Algorithm

Simple hints provided to help you solve the local_navigation exercise. Please note that the full solution has not been provided.

First of all, we need to generate the 3 required vectors, that are the Target Vector, Obstacle Vector and the Direction Vector.

In order to implement this on the GUI interface of the exercise, in addition to the vector obtained by subtracting, we need to apply a rotation to the vector as well. The purpose of rotation is to keep the target vector always in the direction of the waypoint and not in front of the car. You may try seeing this in your own implementation, or refer to the the illustrations

Refer to this webpage to know about the exact mathematical details of the implementation.

Note: There is a catch in this case, you may notice that most of the time in our implementation of the exercise we get an obstacle vector which is almost always pointing opposite to the direction in which we are supposed to head. This is a problem, as adding this vector directly to the target vector, would give a resultant which is more or less, quite not we expect. Hence, there is some trick we need to apply to solve this problem. 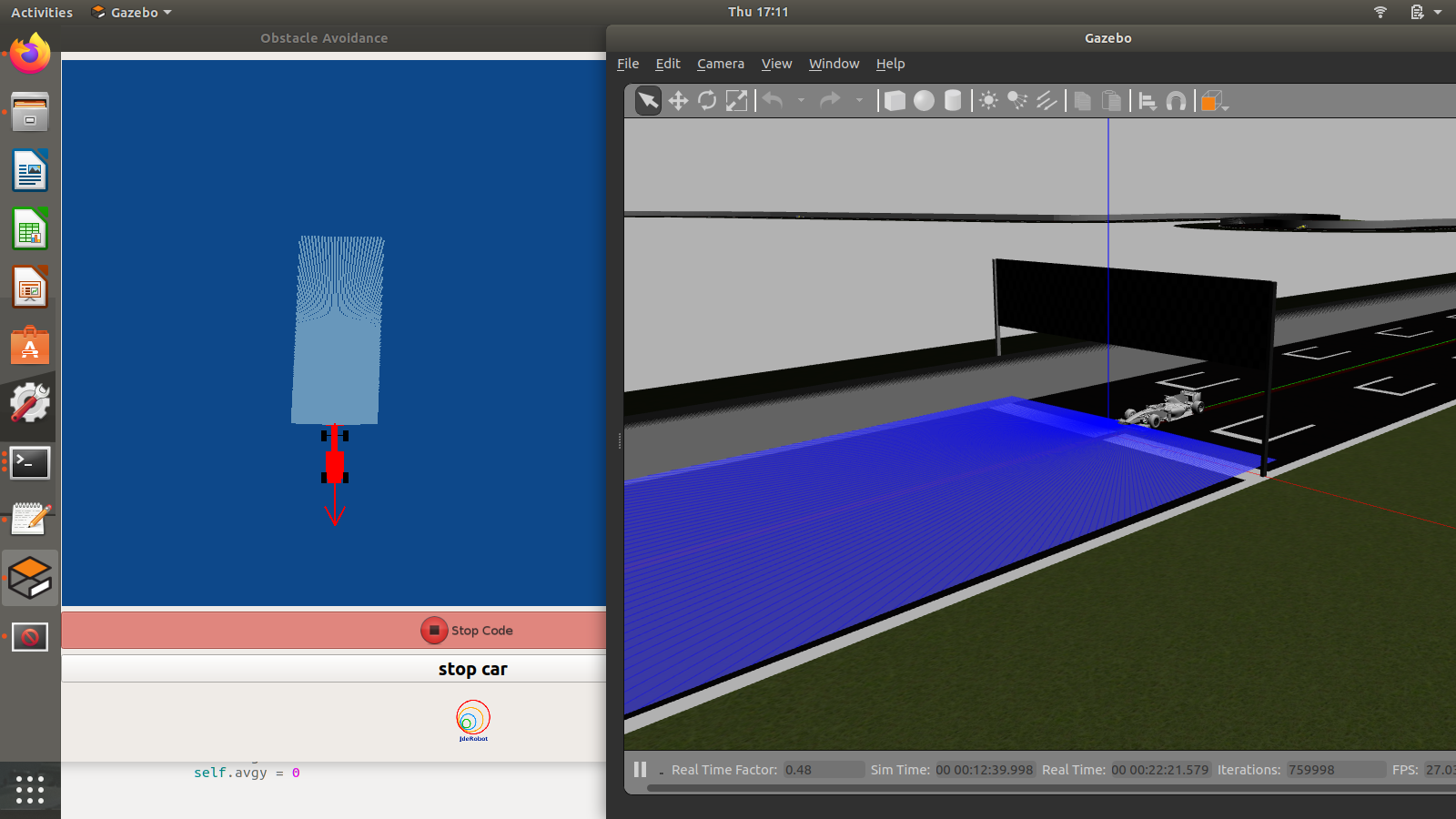 Obstacle Vector without any obstacles in front of the car

A simple observation reveals that we are required to keep moving forward for the purpose of this exercise. Hence, the component of the direction vector in the direction of motion of the car, has no effect on the motion of the car. Therefore, we can simply leave it as a constant, while adjusting the vector responsible for the steering of the car. It is the steering, that will in fact, provide us with the obstacle avoidance capabilities. Hence, the steering is going to be controlled by the Direction Vector.

Also, please note that this is not the only solution to this problem. We may also add an offset vector in the direction of motion of the car to cancel the effect of the redundant component.